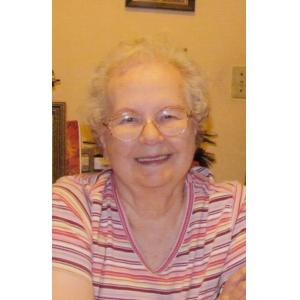 Services will be 11 AM, Thursday, January 5, 2017 at the Calvert Funeral Home, Maroa, IL with Rev. Gordon Speagle officiating. Burial will follow at Maroa Cemetery, Maroa, IL. Visitation will be 9 – 11 AM, Thursday at the funeral home.

Memorials may be directed to the American Cancer Society.

Joyce was born September 30, 1930 in Hammond, IL the daughter of Fred and Zeda (Goodrich) Landgrebe. She married Harold Dunham February 20, 1955 in Maroa, IL.

She was preceded in death by her parents, 3 brothers and 1 sister.

Joyce worked as a cook for Maroa-Forsyth Schools for 32 years.