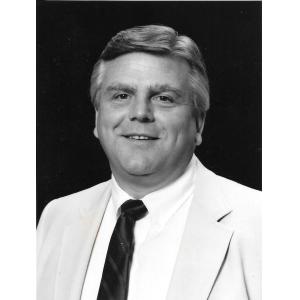 In lieu of flowers, memorial contributions may be made to the Leon Gibson Memorial Fund, c/o Flanagan State Bank, LeRoy, Illinois.

Leon was preceded in death by his parents, one brother, and one son, M.L. Gibson.

Raised on a farm near Shirley, he attended Ben Funk and Heyworth High School, Leon spent nearly 40 years in the feed business, built one of the first hog confinement operations in McLean County, and then owned and operated Gibson’s Old Bank Inn in LeRoy and Gibson’s Concessions at Dawson Lake with his wife, Judy.  He was a longtime member and past vice president of the LeRoy Country Club and trustee for the Empire Township Fire Protection District.