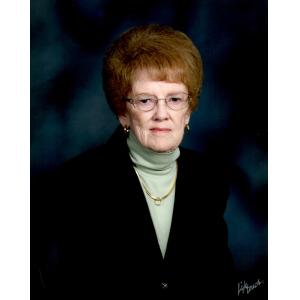 Betty E. Klein, 89 of Carrollton, TX formerly of Pontiac, IL died Sunday October 15, 2017 at 8:45AM at the home of her daughter in Carrollton, Tx. Her funeral will be held on Monday October 23, 2017 at 11:00AM at the First Presbyterian Church, Pontiac with Rev. Canessa Lagan officiating. Burial will be in Memorial Park Cemetery, rural Pontiac, IL. A visitation will be held on Sunday from 4:00-6:00PM at Calvert & Martin Funeral Home, Pontiac. Memorials in Betty’s name may be made to the First Presbyterian Church-Pontiac. Betty was born on February 1, 1928 in Nokomis, IL. a daughter of John and Mary (Lanahan) Bevill. She married Vernon Klein on April 6, 1947 and he preceded her in death on October 3, 1988. Survivors include: one daughter: Deborah Rainier of Carrollton, TX; one grandson: Michael Rainier of Carrollton, Tx; three great grandsons; three sisters: Margaret Langhoff of Streator, IL., Janet Washburn of Houston, TX and Mary Bigger of Pontiac, IL.; one brother: John Bevill; two -sisters- in law: Marilyn McGregor of Pontiac, IL. and Beverly Grace of Fairbury, IL. Betty was preceded in death by one daughter: Betty Ann Klein, one grandson: Jonathan Rainier, three sisters and two brothers. Betty was a member of the First Presbyterian Church-Pontiac, IL. She had been employed at St. James Hospital and Raleigh J. Harris Funeral Home for several years.

One thought on “Betty E. Klein”