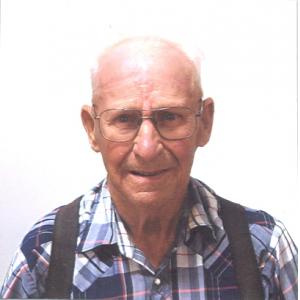 Tom is survived by his children, Thomas W. McCurry III of Lincoln and Janet M. McCurry of Lincoln; his sister, Annis Morris of AZ; four grandchildren; and eight great-grandchildren.

He was preceded in death by his parents, his wife, and three brothers.

Tom was a farmer; he also enjoyed camping, auctions, and he loved Mardi Gras.

Services for Tom will be held at 11:00A.M. on Tuesday, October 24, 2017 at Fricke-Calvert-Schrader Funeral Home in Mt. Pulaski. Visitation will take place two hours prior to the service (9:00-11:00A.M.) on Tuesday, October 24, 2017 also at the funeral home. Following the services burial will be held at Steenbergen Cemetery in Mt. Pulaski. Memorial donations may be made in Tom’s name to The Christian Village.