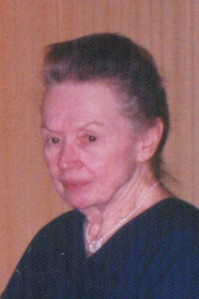 Jean Avis Quigley, 96, of rural Saunemin, Illinois, passed away on November 16, 2017, in the home in which she was born on March 6, 1921.  She was the first child of Henry Clay and Helen Lucille Heylin Quigley.

Funeral services will be held at 11:00 a.m. on Saturday, November 25, 2017, at the Saunemin United Methodist Church with Rev. Jane Bradford officiating. Visitation will be held at the church one hour prior to the service. Burial will follow at Sunny Slope Cemetery in Saunemin. Memorials may be made to the Saunemin United Methodist Church or other charity of the donor’s choice. Calvert & Martin Funeral Home in Cullom is handling arrangements for the family.

Jean was educated in Maple Grove and Saunemin schools, graduating in 1938.  She then attended secretarial classes in Pontiac. Jean worked in Springfield in the office of the Secretary of State before moving to Chicago.  She was employed most of her professional life by Prairie Farmer magazine, retiring as a copy editor.  Throughout Jean maintained her residence in Livingston County, returning home on the weekends, traveling by train for many years. Jean had been a member of the Saunemin United Methodist Women and the Saunemin Woman’s Club.  Jean educated herself on many subjects and was a prolific reader of non-fiction. She was an exacting seamstress, tailoring clothes for herself and relatives, and Jean had sewn wedding dresses for her friends.